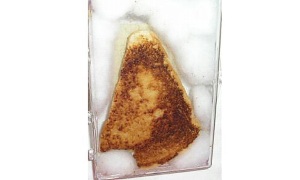 In 2006, a tiny brown pebble, equivalent to a raisin, sold at auction for $25,000. This inconsequential artifact was, in fact, William Shatner’s kidney stone. The US actor had persuaded doctors to return the grisly relic to him following surgery, so he could auction it for charity. It was bought by an online casino that added it to its collection of oddities, which include a grilled cheese sandwich graced with an image of the Virgin Mary. Stranger still, this extraordinary interest in curiosa is not an uncommon occurrence, neither today nor throughout history.